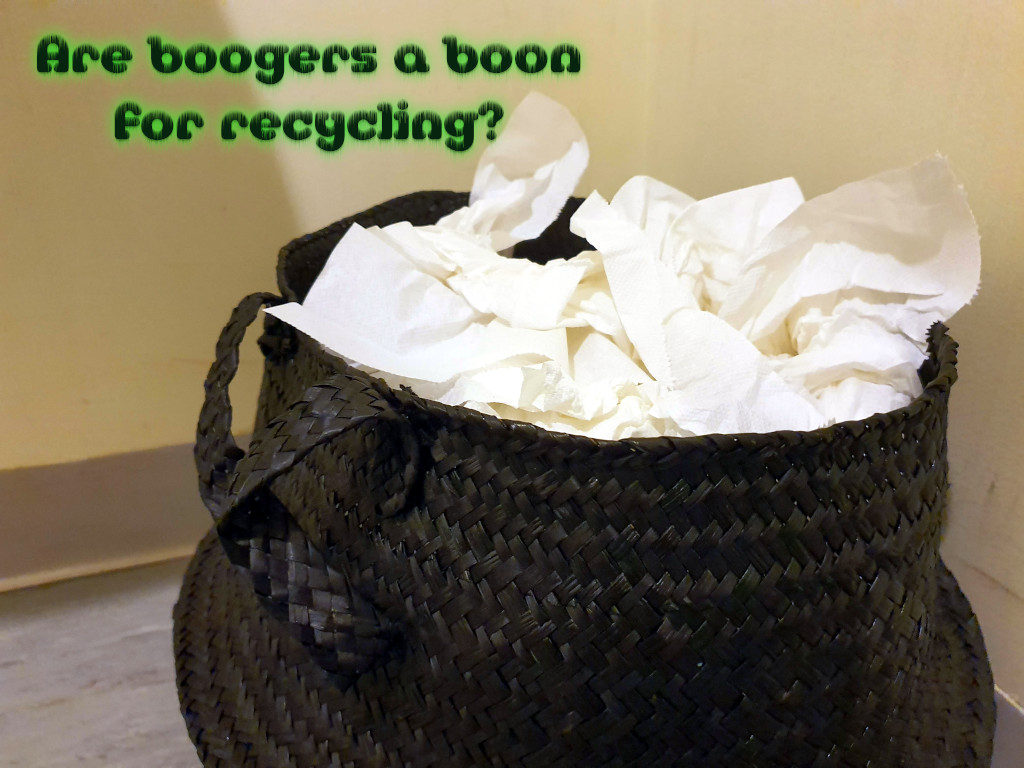 Serendipity comes in many forms, sometimes in rather disgusting ways. While sampling the properties of paper made from recycled pulp, Marcia Henni of Mainstown Recycling Co, Boston, came upon a stomach turning, yet potentially revolutionary, discovery.

The various sources of pulp were recorded and treated in various ways and, according to Miss Henni, a batch was accidentally contaminated with tissues from a doctor’s office.

“We only noticed once the batch had been fully processed, luckily as it turns out, so we went ahead and performed the sampling anyway. We were on the verge of interfering, when we decided, instead, to see what would happen, you know,” she says, “Turns out it was one of the best things we could have done.”

The paper then sampled was 24% stronger, 18% smoother and 15% brighter than the other samples. Unconvinced, Miss Henni repeated the experiment with another batch of tissues, only to find the quality was much poorer.

“First we thought it was the tissues themselves, that somehow the fibres were able to matt down more or something, but no, it’s the mucous! The proteins in the mucous link the fibres to create very strong bonds. The bleaching process, in particular, appears to play an important part in transforming the relatively gel-like substance into something flexible yet strong,” she explains.

“If we can isolate the compounds, we can then apply them in a more scientific manner. I’m optimistic that, from what I’ve seen so far, we can improve grades of recycled paper by at least two levels. That’s like going from scrap and filler to drawing paper. It’s better for us and and better for the environment.”

Miss Henni has not elaborated on how one might source an industrial quantity of mucous.

“It’s early stages, yet. And, frankly, I don’t want to think about that. I’m an industrial chemist, you know, not a janitor.”