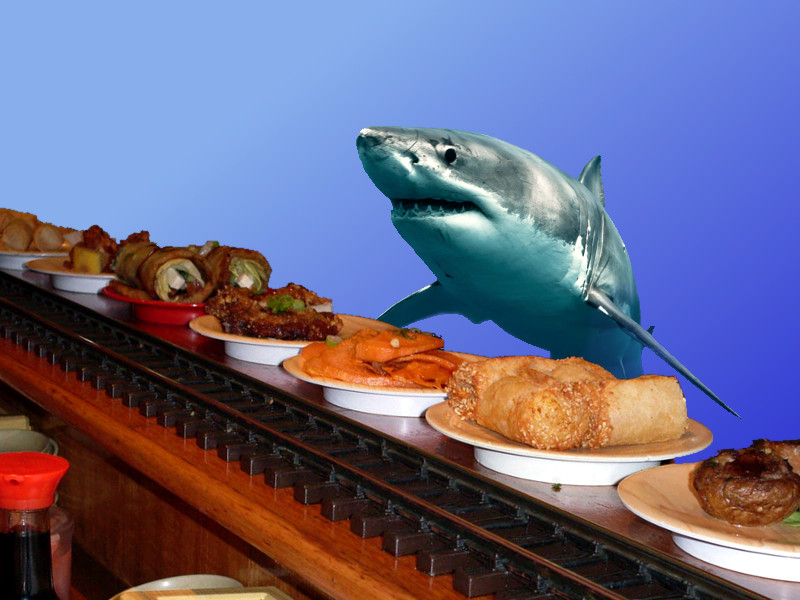 Fishtaki, a ‘top-of-the-foodchain-only’ sashimi restaurant is employing top chefs to prepare and serve up top meals to the ocean’s top predators. Sharks are getting the swim-up service at a new ‘Shark Restaurant’ the Uvongo beach reserve in South Africa, all thanks to eco-tourism.

“We had issues with sharks harassing swimmers a few years ago. At the same time, we had many divers wishing to see these breeds up close. This way, we solve two issues,” says local Mayor Johan Gomabili, “The money that comes in from the increased tourism more than compensates for the added expense of top chefs.”

When asked why such culinary talent was required, he says that it is to cater to the right tastes.

“We get a lot of ‘raggies’ (Ragged Tooth Sharks) and Cow Sharks that are curious, but they aren’t the ones we want to keep away from swimmers. Bull Sharks are especially aggressive, so we’ve been studying their tastes, their habits and catering the fish served to their palette.”

The sashimi is served via an underwater sushi-train, keeping the chefs safe and dry, and well out of range of diners looking for dessert. 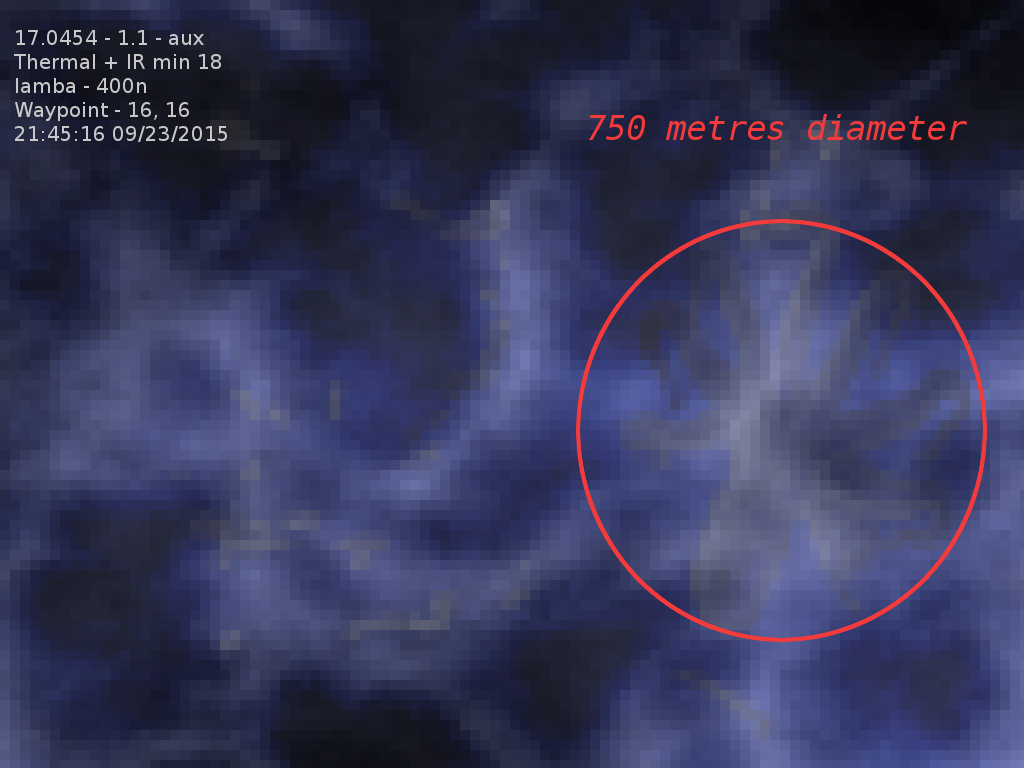 Captain Art O’Callaghan has played down suggestions that his crew has found ‘Cthulu’. Referring to the mythical creature created by author H. P. Lovecraft, a sonar image taken by his trench-mapping team in the Atlantic ocean shows what appears to be an enormous octopus-like creature.

When asked about the image, he denies that it is anything but ordinary, despite its likeness to mythical creatures such as the Kraken, a legendary giant octopus.

“Structure, not creature,” he stresses, “We don’t know if it’s biological in nature, we don’t know if it’s moving. It’s one frame out of a thousand others that we’ve taken, and I’m not about to go calling it something it’s not. It could be an anomaly, a pocket of bubbles or an underwater mountain crest covered in algae. We just don’t know.”

A communications operator, who has refused to be named, contradicts him, “Nonsense. This is top-notch equipment that can take sonar, thermal and infra-red images of extremely deep-sea trenches. Coupled with the raw image is advanced processing and noise filtering. Anomalies or shadows like he’s suggestion just don’t happen. There is something there, and that’s that. I’ve checked it, like, five times, and it’s about 750 metres in diameter, whatever it is.”

When asked if he would be returning to the ‘Cthulu Trench’, as it is known among his crew, Captain O’Callaghan is firm, “I’m employed to do a job, and I’m doing it, end of story. We’ve got another two months worth of sweeping to do, weather permitting. The trenches won’t map themselves.”