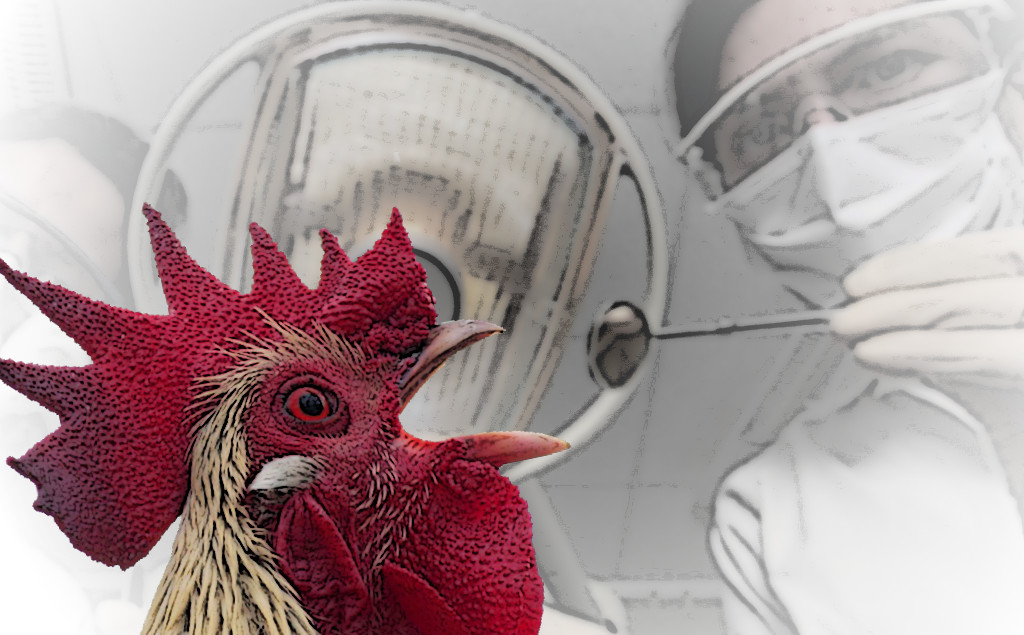 Pushing genetic engineering to its limits, a team of Nepalese scientists are creating what will be the first “hen’s tooth”. Inspired by the classic idiom, the funding has been granted by an anonymous beneficiary who hopes to be the first, and last, collector of hen’s teeth.

“It’s genius,” says Paulo*, “We have the science. It should only take a few iterations to get it right.”

Getting it right is the problem, he goes on to say, since each new strain of chicken needs to be grown and checked for what actually constitutes a tooth. The technique involves ‘turning on’ recessive genes that exist naturally within the chicken, that have been made dormant.

Early indications are promising, although most ‘teeth’ have appeared as mere ridges on the bird’s beak.

It’s not all science, though. Paulo insists that there is a financial side to this as well, “By making the world’s only source of hen’s teeth, (the beneficiary) will have the monopoly and be able to control the number in existence. This keeps them extraordinarily rare and valuable. If it works out, he will more than recoup what he spent on the project.”

*Not his real name. Identities have been suppressed at the request of interviewees.