Scientists have been taking core sample of permafrost for some time, so you would be forgiven for thinking that there was nothing that could surprise them. The latest revelations by Professor Todd Smotheby of Dorchester, Analytical Scientist and Project Lead for Rockwell Climate Studies, have opened up a can of worms.

“It’s not something that I would have thought possible, but the evidence is pretty compelling,” he says, taking out his slides, “We performed a photonic fractioning analysis on a sample taken from a location close to Alaska, known to be inhabited quite some time ago by various tribes.”

He says that the analysis is a method of ‘walking back through time, layer by layer’ in order to see what environmental conditions were when the ice was formed. Using an increasing set of electromagentic waves, from radio through to x-rays, the typical analysis reveals different structures of ice, particulates and inclusions.

“But look at this!” he says proudly, holding up a set of photographs, “Using two beams crossed at close to seventy degrees, the resulting diffraction pattern actually forms what appears to be a tribe standing around a fire, might like a negative of a photograph!” 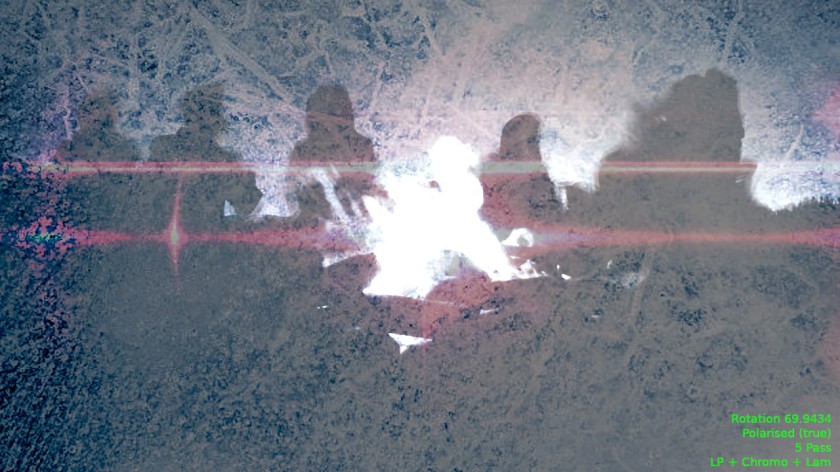 Unconvinced, he repeated his experiment at various fractions, corresponding to dates in history. 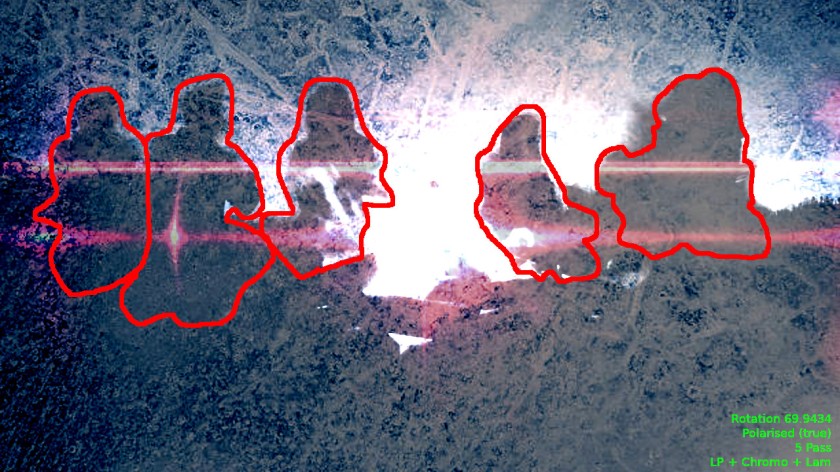 “On each date, I painstakingly adjusted the angle – sometimes for hours at a time – until I got another image. Here you can see the family, if we can assume that it is a family, perhaps a tribe, has grown in number. Here it is declining. This last slide, here, shows a single figure next to the fire, quite possibly the last of the nomads to remain before the frost settled,” he says, “After this point in time, no layers have any discernible images. I would speculate that no fire meant no intense light, and therefore no image could be formed.”

The ice, when cored, must be kept at sub-zero temperatures to maintain the images. It is a stroke of luck, he stresses, that the core cut happened to include the images within the ice as a few inches one way or the other would have a corrupt or incomplete image.

“And then we would never have found it. I’ll be going over the rest of our samples. We have requested funding to make to process automated, but in the meantime I am more than happy to continue my work manually.”

Todd says that the estimated date of the last image corresponds to 1856, which coincides closely with the last official record of the tribe in the area, a diary from a traveling missionary, which was 1858.