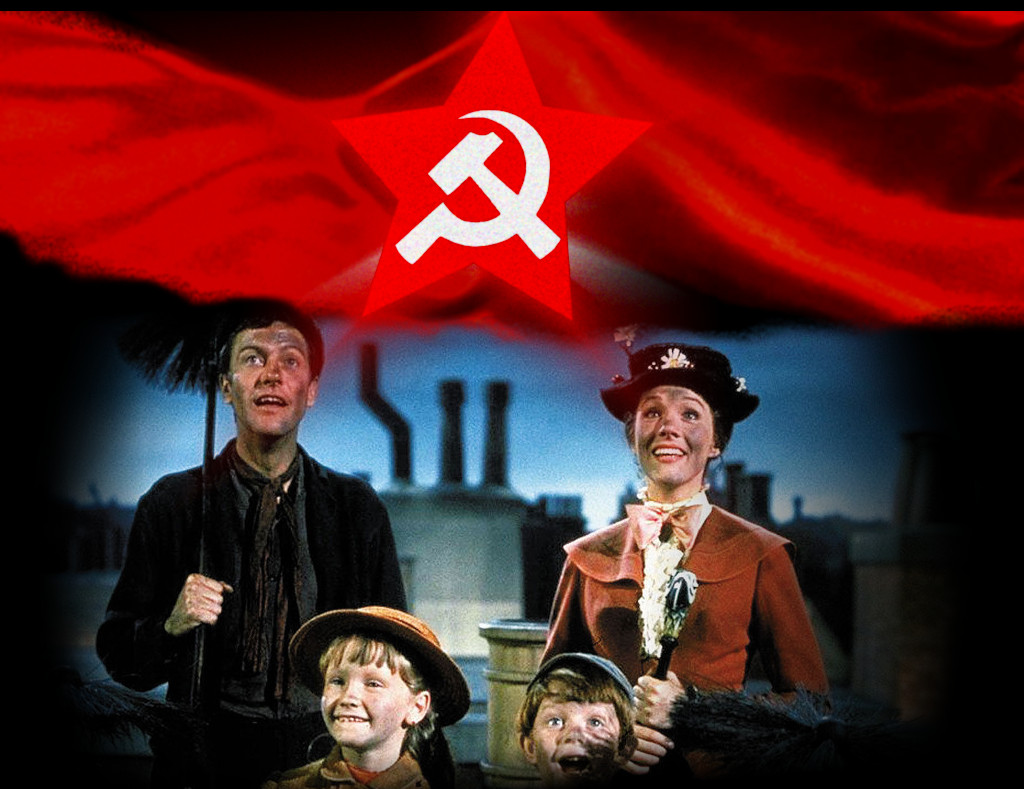 Artur Müller, librarian at Bremen’s Wasserbibliothek, has demonstrated that the story of Mary Poppins is actually a study in Communism, with references and symbolism littered throughout the books.

“The most obvious notion is that she (Mary Poppins) arrived on a wind from the East. What was the address? Cherry Tree Lane – cherries are red, a harbinger of the impending wave. What was the surname of the household? Banks!” says Artur, “What better way to say that the unruly and uncontrollable desire of capitalism can only be tempered by the chastisement and wisdom of a pure communist manifesto?”

He goes on to cite the various stories that were told, mostly centered around the working class and the folly of nobility, capitalism and private ownership. Inside her bag was an apron, boots, flannel nightgowns, all symbols of the working class. There was also a bottle of dark, red medicine.

The scene in which she pastes gingerbread stars bought Mrs. Corry on the sky is dripping in symbolism, he says.

“The star is a strong symbol of the socialist regime. Communism would march across the globe, just as the stars were painted on the sky. The flags of the world would all have stars upon them. When Mary Poppins danced with the planets, which we can take to be world leaders, and the sun, which is clearly a reference to Japan, her cheek was burned. This is a very real and open statement by (Travers) of her beliefs.”

Disney may or may not have understood the full intent, says Artur, but he has his concerns.

“The movie is interesting. The song, ‘A Spoon Full of Sugar’, when taken in context, is about a charge of gunpowder, that socialism would be enforced by the bullet if necessary, in order to ‘make the medicine go down’. Whether this is intentional, I am still looking into it,” he says, “Another, more blatant scene, besides the dancing sweeps and dismissal of investment over feeding the pigeons – or the masses – is the horse race. The protagonists make a big show of the insane, never ending carousel of Capitalism, and how when one breaks free from the cycle, one is truly free from the insanity.”

Artur is looking to publish his findings later this year.